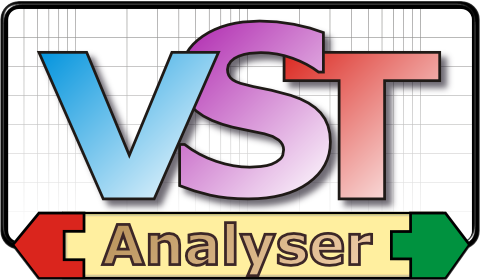 While initially the VST Plug-in Analyser received negative receptions, there are still some users asking for an up-to-date version. For my own needs I have developed the tool further, but as it integrates very deep into my tool-chain, this version can’t be released easily.

The only consequence to get new features (such as x64 support) built-in is to write a new version 2.0 from scratch. Although the code for initial version is still available, the structure can’t be reused, especially if a future move to OSX is also planned.

So far, I have started to collect features and requests. Based on this a preliminary specification has been written and the basic application framework was already developed. However, the application with all the new features) itself is yet missing!

Since I need to pay my bills, I can’t just spend weeks and months developing this while receiving no income in the meantime. This is why I decided to have the project crowdfunded. I still plan to carry the main development costs myself (the final application will not be free anymore, except for crowdfunders!). The development costs overall are about 18000 € (3 months, part time work = 4 hours a day, 5 days a week with an hourly cost of 75€/hr). 15000 € I plan to donate my self (by spending development time). 1500 € will already be covered by interested companies/persons and only 1500€ still remain missing. This is only 10% of what I “pay” and I really require to get this money at least to get things started!

If you want to support this project, feel free to contact me with the amount of money you are willing to invest. There’s no need to pay the money immediately, but I want to get an idea of how much support I can expect. If you wish, your name will be added to a public list, so that anyone can see that you support the project.