On this page several interesting programs of mine can be found. 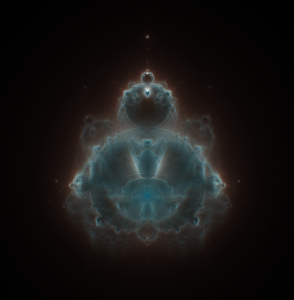 The Buddhabrot is a map related to the Mandelbrot set. Its name reflects its similarity to classical depictions of Gautama Buddha, seated in a meditation pose with a forehead mark and traditional topknot.

The Buddhabrot rendering technique was discovered and later described in a 1993 Usenet post to sci.fractals by Melinda Green. This implementation was done after optimizing the Graphics32 MandelBrot example. 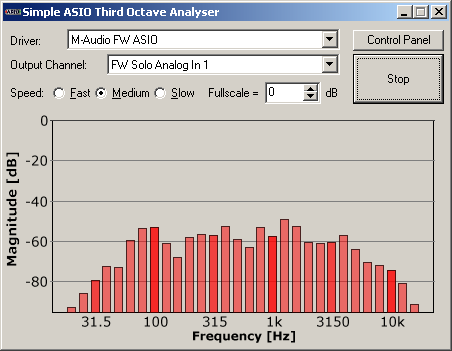 A filter bank based third-octave analyzer. It is also available based on the Goertzel algorithm

The VST Plugin Merger allows to virtually glue two plugins or more together. It also allows to create a new common GUI for the merged plugin.

The Split Plugin Creator uses two instances of a given plugin and feeds them with a signal generated by ‘splitting’ the original signal. Furthermore it allows you to oversample the audio data up to 16x.
For splitting there are several algorithms available:

Around the plugin, a new hosting GUI is created (see above).

The VST Plugin Oversampler is a reduced version of the ‘Split Plugin Creator’. It only features the oversampling section. Using the hidden parameters, the oversampling can be tweaked in several ways. The oversampling filters used here are Butterworth filters around the Nyquist frequency with up to 64th order. If the transition frequency is around 20 kHz (@ 44.1 kHz Samplerate) and a low order is used in combination with moderate oversampling (4x) good results can be achieved while maintaining the CPU usage low.

NOTE: The VST Plugin Oversampler comes as a shell extension and thus you have to use the explorer to create oversampled versions of your favorite plugins.